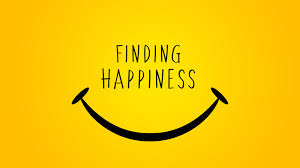 So how is happiness defined? According to Dr. Sonja Lyubomirsky happiness is defined as a combination of feeling positive emotions and experiencing a sense that one’s life is good, meaningful, and worthwhile. I’d say the positive emotions part is pretty self explanatory. So what gives our lives meaning, makes them good and worthwhile? Well, many things give our life meaning and value – organized religion, social support is a big one, service – as in doing for others, goal achieving, among other things. Let me give you an example. For the most part parents believe that children give their lives meaning and value. Children aren’t always a source of positive emotions (to put it mildly) but most parents unequivocally claim that, in the big picture, their children give their lives meaning and value and thus are a great source of happiness.

The last part of Dr. Lyubomirsky’s definition is important because we all engage in activities that, at the moment might not bring us positive emotions, they might not make us happy or bring us joy, however when all is said and done, these activities bring us immense satisfaction and happiness. It is kind of counter intuitive to the idea of happiness and the whole notion of positive emotions as a source of happiness. However, if we are talking about real, lasting happiness this idea is very important. Think about it, when you work really hard on a project that turns out well, you might not feel happy while you are working hard, but when it’s over you feel immense happiness and that happiness lasts for awhile. Same goes for when you exercise, try something new or do anything that challenges you. If being happy is so important, then I believe it is just as important to be aware that the activities that give our lives meaning and value and happiness might not be the same (by a long shot) as the ones that give us immediate positive emotions.